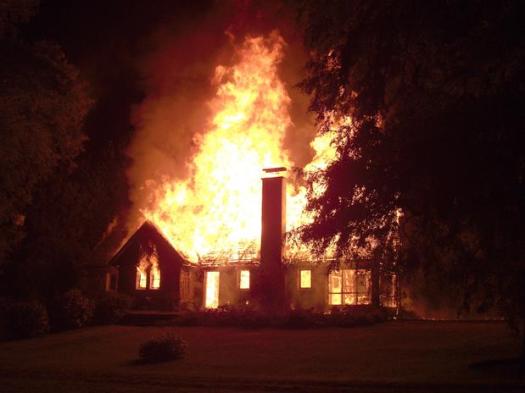 The dictatorship of value, the production of merchandise for consumption and the realization of money – that is the logic that reigns over our existence. Those that find themselves on that road are on the enemy’s road. Why? Because value negates necessities; affirming necessity over value is a subversive act. It endangers the existing structures, the ideologies that legitimize the action of many and, of course, the status and power of many as well.

The enemy must be forced to come out of the shadows; we must make it identifiable. The struggle in its various forms can be summed up as follows: Capital should accept its logic and justify its actions at the same time we recognize that our dehumanization is no coincidence.  It is when the act of force by the State that allows us to recognize each other as mutual enemies. Matias [Catrileo] fell on January 3rd, 2008 when he entered into the Santa Margarita Estate, property of the Estate Owner Jorge Luchsinger together with other Weichafe [Warriors] in the Region of Araucanía with the objective of reclaiming ancient territories from Estate Lords and Forestry corporations. They had then proceeded to burn patches of hay and were immediately repelled by Special Force units of the Chilean National Police, which is constantly around said place protecting the private estate for the racist known as Luchsinger. Police shot at Matias in the back with a rifle, killing him instantly.

The Estate Lord Luchsinger family (not the “agriculturalists” as the press has stated) expanded their dominion during the 1960s to 1000 hectares, of which one third would end up in the hands of their son Jorge, after being divided amongst the family. Today, the Santa Margarita Estate encompasses 238 hectares and is surrounded by Mapuche communities. There is also strong police protection that is composed of residents, branches, installations and machinery; all of this 24 hours a day since the year 2001.

On the mourning of January 4th, [2013] according to the press that doesn’t really say the truth but helps as a reference, hooded men entered a plot in Vilcun where the cousins of Jorge Luchsinger lived. The house was burned down and with it (perhaps unintentionally, we do not know whether or not it was the objective) Werner Luchsinger together with his wife Vivianne McKay. Execution? We do not know. The other option is more sinister, although not surprising either. It is simply what Capital is capable of in order to further justify its attack.

Once this took place, Piñera the Clown –er President – traveled immediately to Temuco and the hysteria took over the political marionettes that of course, all have something of value to loose in this conflict. The politicians, marionettes that confuse these conflicts with issues of will and impede going to the root cause, expressed their sentiments for the “death” of these Estate Lords. We should note that these beings were dead beforehand, as they were mere cogs of Capital, only fulfilling their disposable role.

The threat has already been given: the Government in turn that is administered by the State has exposed its true self. This demonstrates that its function is the protection of Capital reproduction and the contention of those that recognize this (us). What comes of this is just a matter of time. Some even want a State of Siege; the death of those that reproduce Capital is what matters to them, not out of “humanity,” but as a tremor to the political marionettes in order to further legitimize the force of the State in favour of Capital. (Side Note: We should note that still trusting the political class seems to be an incurable disease in certain sectors of the so-called ‘Left,” who do not understand that politics are simply a matter of Order).  The death of two Estate Lord Shits does not matter for the sake of Capital, in the same way as the necessity of the poor does not either. What are important are the preparation, fabrication, and adjustment of the various ways in which to “Keep the Peace.” If it should impose value over necessity, then so be it and let others starve. If they must sacrifice something of their own, then they will. We should ingrain this in our minds. We should not ask for justice from the State because it is our Enemy. It reacts and fabricates public opinion in order to justify and internalize the dictatorship of Capital amongst all the exploited in servitude.

Another factor to exemplify that we are at war is that if we do not confront that part of ourselves, meaning the act of rejecting the status quo and those who defend it, we will be condemned to total dehumanization. This has been clear for a while, but it is now time that some position themselves more clearly.

And if it WAS the Cops?

As we have said, we do not know who carried out this action; much less if they were Mapuche or not, if it went awry or if that was the objective. If it was an execution: GREAT. If it was a self made attack, the result will be the same in both cases. We have said for a while that the State’s attack will come whether we are prepared for it or not in any struggle; they will use a self attack or a mistake or whatever the case may be.  What is important is that the event will unleash an unlimited struggle. Some will observe from afar and others will live it. However, what we wish to explain is that whatever happens there, will have an impact here. We base ourselves on past events to reiterate for thirteenth time that we must ALWAYS be prepared. We have tried to show how the State daily mobilizes its forces to reproduce the Status Quo, and what we call “normalcy.” But the conflict is always there. The existence of the State is proof of this.

Therefore we insist: if it was a self attack, we must always be prepared. Prosecutor Alejandro Peña asked for the servers of this web [Hommodolars.org] and was rejected because three years prior to Operation Salamadra [i.e. involving the 14 Anarchist Bomb Case] we had already become unreachable. When we did this the country was in a state of “calm,” but we knew that Power, when it wants to, could involve anyone in anything when it wants to; and to that we must be prepared. We should understand that we are in permanent conflict, but it will not always be seen as such; whether it was an execution or not, the consequence is the same. It is not about stopping from doing things, but in BEING PREPARED WHEN THEY SAY THERE IS NORMALCY!! The State seems to always be one step ahead of us, because it takes the conflict and shows the violence as normalcy. It is not about being paranoid or carrying a gun under our arm, but to take this seriously; whether we like it or not, it is only when we confront the imposed reality that we do something of true meaning. To assume this condition of confrontation is something the State deplores, and can thereby make this “attitude” into something categorized under a paradigm for it to be normalized, such as something deviated.

We hope that what we have expressed has been clear: we do not see that any specific action will just “unleash” a revolt. This can only happen when the proletariat recognizes itself for what it is: in struggle with other proletarians [or oppressed peoples]. What we aspire to leave behind is the idea that there are NO moments of peace. To say for example, that X squat was raided because a Molotov fell badly; NO, that is not the point. We should always figure that the time is now in realizing we are enemies of value. Unfortunately it does not seem as if we have realized it yet, since we continue to trust in its institutions, and we continue to trust in that “we have not done anything.” Those of us could remember the reflections made by some okupas before the “Bombs Case” blew up [pun intended] and they knew what could come. It was not an issue of pleading “innocent,” it was a total reaffirmation that in opting for the rejection of Capital, the repressive hit would come. We had to be prepared. Of course there were those that blamed others for having ruined what they had been “working” on. No work can be ruined if you know what could happen. “But that scares people.” And what is worse? To reinvent work when they thought they weren’t doing anything disgraceful for those in Power? We may disagree with what others do, but we cannot claim to be naive when we unleash our criticism on others.  The blow will come, whether we want to or not. We must lose that naiveté so that the ever existing conflict can transform into a condition of struggle (and recognize that in such relation, life must prevail over [Capital] value, where action is the cursor to its realization).

A later post sent by comrade Andres Bianchi examines the idea of the self attack. We have not developed it ourselves, since we have focused on idea that the consequences will be the same regardless of how they came about. However, it is always good to examine that possibility. Moreover when we say, “others die being mere cogs of Capital, only fulfilling their disposable role,” we refer to this possibility. For Capital anyone is expendable, dispensable, whether it is that which carries out this waste or anyone else under other factors. They will always manifest their “sentiments” through their marionettes, but for the “subject” that is Capital, everything is usable, dispensable and replaceable.

Distributed by: The Women’s Coordinating Committee for a Free Wallmapu [Toronto]

One Reply to “On the State of Siege in Vilcum, Wallmapu: And if it Was(n’t) the Cops? We Must Always be Prepared”